R U a Murderous Psycho that Luvs 2 Torture, Main & Kill? Join the IDF! 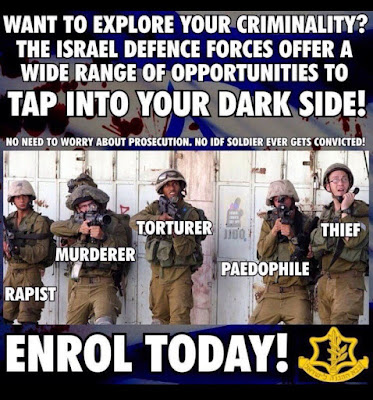 An Israeli soldier was sentenced to one month in prison after fatally shooting an unarmed Palestinian protester without his commander’s permission during the unrest along the Israeli-Gazan border. A military court ruled on Monday that an IDF service member broke the rules of engagement when he fired at a Palestinian protester, who attempted to climb the Gaza border fence during a protest along the border on July 13, 2018.

Palestinian officials identified the protester as 15-year-old Othman Helles and said he died from a gunshot wound to the chest. A video from the scene showed Helles placing both feet on the fence before immediately collapsing on the ground and being quickly carried away by other protesters. The army claimed that the teenager tried to infiltrate Israeli territory but the Palestinians denied it.

The service member was sentenced to one month in prison after making a plea deal. He will serve his term through army-related labor. The soldier was also given a probation period, and was demoted to private. He was not convicted of manslaughter because the military prosecutors could not find sufficient proof that the gunshot caused Helles’ death. 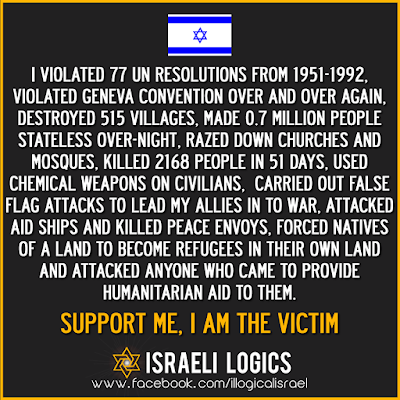 Poor baby. A whole month for merely shooting and killing somebody? Most Israelis will say he deserves a medal. One month of labor will teach him a lesson! 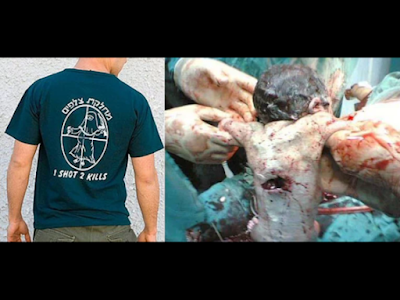 So if you have a psychotic butcher inside of Jew that is screaming to get out and kill, maim and torture those that can't fight back, then the IDF is for YOU! 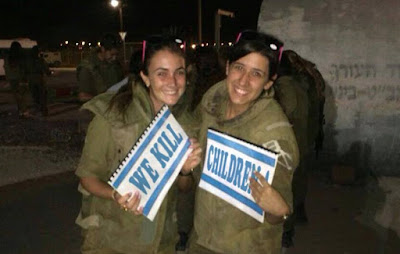 Don't wait, join today and nurture that unhinged maniac inside of Jew! 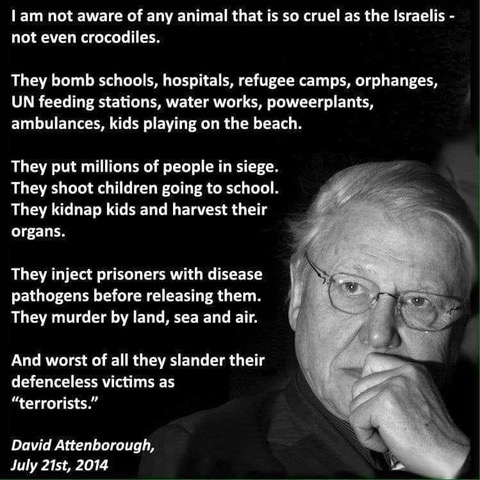 At least five categories of major violations of international human rights law and humanitarian law characterize the occupation: unlawful killings; forced displacement; abusive detention; the closure of the Gaza Strip and other unjustified restrictions on movement; and the development of settlements, along with the accompanying discriminatory policies that disadvantage Palestinians.

What does the good Rabbi Mohel say? Oops, can't talk right now, he's got a mouthful of baby boy. 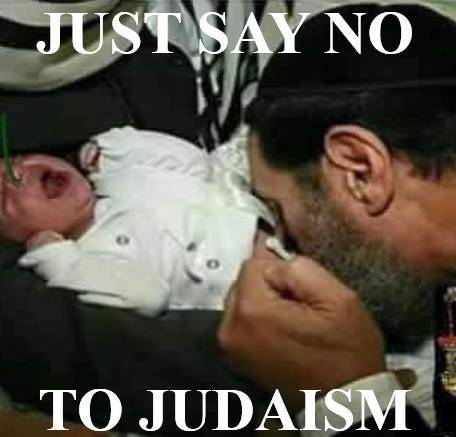 If these pics get you sexually aroused... 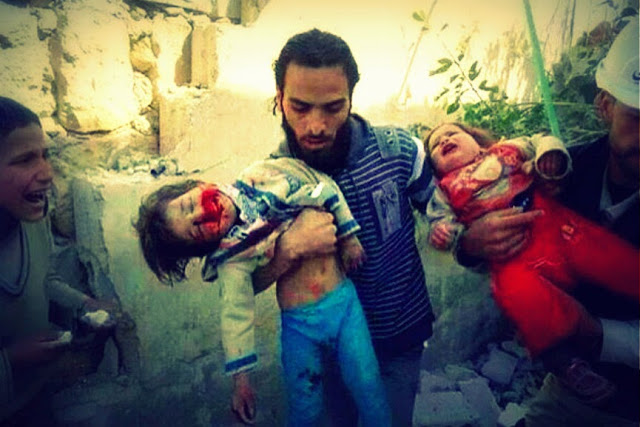 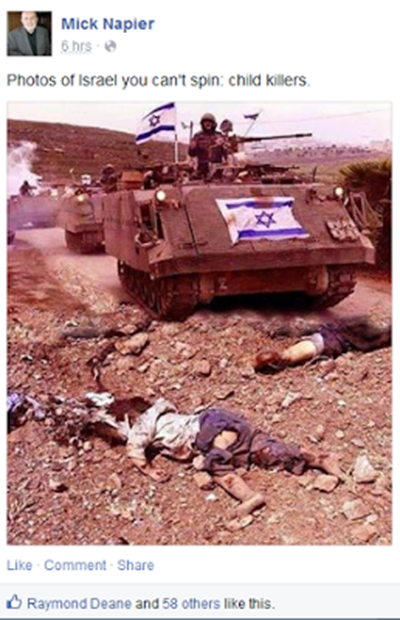