Maybe I'm getting too old to appreciate 'Modern Art,' but most of it looks like shit designed by 3rd graders having a tantrum or some S & M specialist who wants to torture the world with his/hers bizarre thoughts.

Like Damian Hirst,[spelled Hirsch?] one of the richest artists in the world, famous for such crap as this: 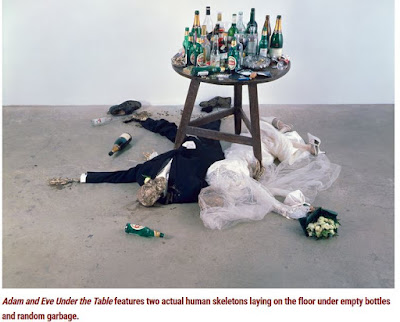 And this abomination, at the PALMS Hotel, in Las Vegas. Rent their 'Empathy Suite--100K a night, 2 night minimum--and you'll get to see this and more! 100K a night to view medical waste? 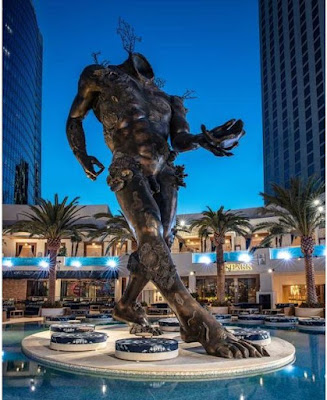 Hirst's 2012 retrospective at the Tate Gallery, while setting records for attendance, also received many complaints. "Members of the public wrote to the state-funded gallery accusing it of wasting taxpayers' money by showcasing art that was 'repetitive', 'meaningless' and 'almost universally awful'."

Besides crappy art, Hirst is also know for plagiarism. To make art that awful he has to steal the idea from another gutter resident?

Then there's another awful exhibit by some clown named Andres Serrano. That really got people PO, because it showed Jesus on the cross and in a tank of the artist's own piss. I'm not going to post that here, click on the link if you want to see what truly crappy art looks like.

Then there's the 'art' at the Denver International Airport, which is on public display for all the world to see and wonder, "What in the hell is going on? 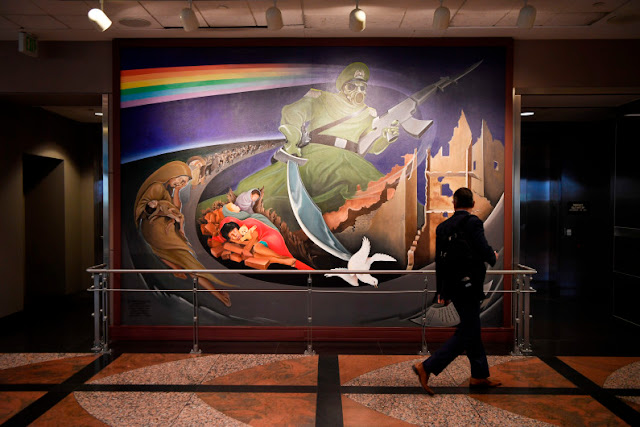 And this insane depiction of something. Just what a harried jet passenger wants to see when getting their luggage... 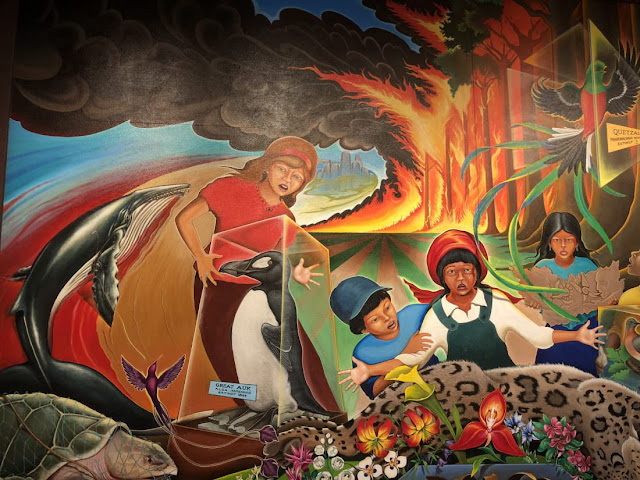 As for me, I'll stick to the actual artists who created something of beauty, like the 16th century Italian Caravaggio 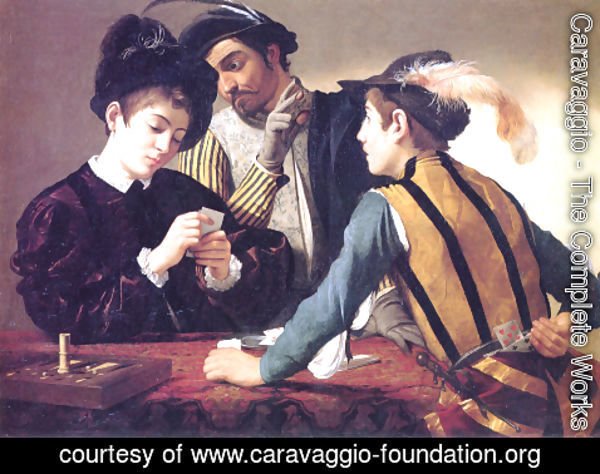 Such sexual degeneracy, deviancy and filth makes one wonder the source? Could it be..Please don't let it be, don't let it...shit.


"American Jews have made tremendous contributions in all aspects of general culture. In the professions, in music, in literature, in painting and sculpture, in the academic world, and in the area of science, Jews are often distinguished and in many instances pre-eminent."

"When Victims Rule: A Critique of Jewish Preeminence in America"

An excellent book showing the vast inroads a certain group of international gangsters and the inroads they have made into every aspect of American society. Just don't say it out loud, or you'll be branded as being anti-Semitic.
Posted by Greg Bacon at 11:00 AM