Which is the better FICTIONAL Chess Scene, the One in Mel Brooks History of the World or the Laughable HUNTERS? 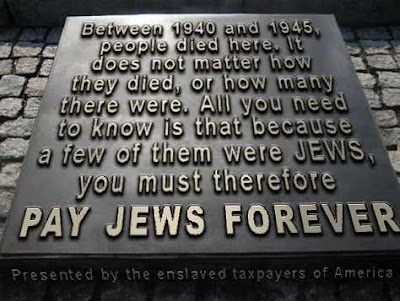 If you don't know about "Hunters," its anudda' Jew fictional tale about an event that never happened, but which has been very good to World Jewry, enriching them beyond their wildest dreams with money extorted from Gentile nations, mostly in Europe and certainly Germany.

This schlock is on Amazon (sub)Prime, which is one way Bezos keeps in good with the (((politicians))) that could bring anti-trust actions against Amazon, but won't, as long as Jeffie is a good Goy.

But the Jews are hopping made over this episode, don't ask me why, they're a people that like to argue to show their alleged mental superiority:

Hunters creator David Weil responds to backlash from the Auschwitz Memorial over a fictionalized Holocaust scene in the Amazon Prime Video series...

The scene depicts a cruel, life-sized chess game, played by a particularly evil Nazi, using Jewish captives as pieces, forcing them to murder each other for sport. A Twitter account representing the Auschwitz Memorial, which preserves the site of the former Nazi concentration camp as a museum to commemorate the victims of the Holocaust, criticized the scene calling it "dangerous foolishness & caricature." The account also warned that such fictionalization "welcomes future deniers," and notes the Memorial tried to "honor the victims by preserving accuracy."

Honor the holoHOAX by preserving accuracy? Tell me, if honesty is so important about the holoHOAX, why do we keep hearing about the magical number of 6 million dead, when the numbers at Awwshitz dropped from 4 mill dead to a little over one mill and that included gypsies, dissidents and homosexuals? And the numbers at Madjanek dropped from around 2 mill dead to just 78,000? 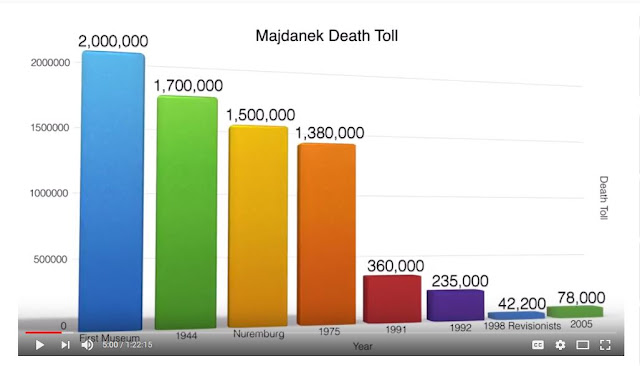 Could it be that the 75 yo holoHOAX lie is getting exposed more each day, but the holocaust Junkies know they must fight to the bitter end to preserve their lies, why if enough Goyim find out about their lies, they might get uppity and demand back all that loot that's been stolen.

As for playing chess using human pieces, the 1981 Mel Brooks movie, "History of the World, Part I" does it much better and with class. Mel knows how to spring a joke.