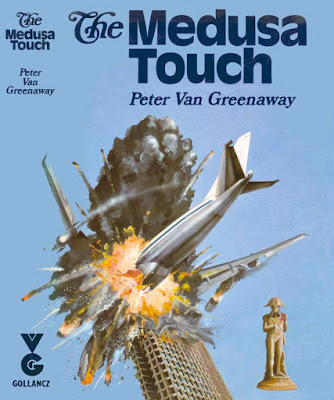 That would be Arnon Milchan, Israeli spy and Hollywood film producer.

A just-released book* confirms what U.S. law enforcement had suspected for decades: A Jewish Hollywood film producer “was a full-fledged operative for Israel’s top-secret intelligence agency” and used his many U.S.- based companies to smuggle sensitive nuclear technology from the United States to Israel. This spy was also the most likely source for Iran and Libya’s uranium enrichment advances.

According to the Israeli newspaper Haaretz, the book, Confidential: The Life of Secret Agent Turned Hollywood Tycoon—Arnon Milchan, “recounts Milchan’s life story, from his days as a boy through his friendships with Israeli prime ministers, U.S. presidents and Hollywood stars.”

Israeli theft of nuclear and other high-tech secrets in the U.S. has a long history, with most prosecutions thwarted due to Jewish political power. In fact, Milchan’s fearless admissions of his spying may be attributable to his belief that U.S. law enforcement can no longer counter Jewish power.

Admitted Israeli spy Arnon Milchan, who helped pilfer the 810 vital krytron nuclear triggers from the USA to Israel. And the FBI hasn't done a damn thing.


It should be noted that Arnon Milchan is one of Israel's longest serving and most senior intelligence agents, having served the State of Israel since the early 1960s. For Milchan to produce a film that depicts an airliner flying into a high rise in the same year (1978) that the former head of Israeli intelligence predicted an attack by Arab terrorists on the tallest building in New York City is certainly no coincidence. This is when the terrorist Likudniks came to power in Israel and when high level Israeli terrorists began planning 9/11. Milchan's movie was useful in visualizing the false-flag attacks that occurred 23 years later.

Milchan is a big Hollywood producer and one of the first movies he produced was the 1978 "The Medusa Touch,' about an airliner crashing into a skyscraper. Remember, it's only a 'movie.'


The pilot episode of the The Lone Gunmen television series in which a passenger airliner is remotely hijacked and flown into the World Trade Center was filmed in 2000 and aired on television six months before 9/11, on Fox TV in March 2001. The amazingly uncanny similarity of this television show with the events of 9/11 intrigued me and led to my discovery that a senior Israeli intelligence agent named Arnon Milchan was very closely connected with Fox TV, the company that produced the program. 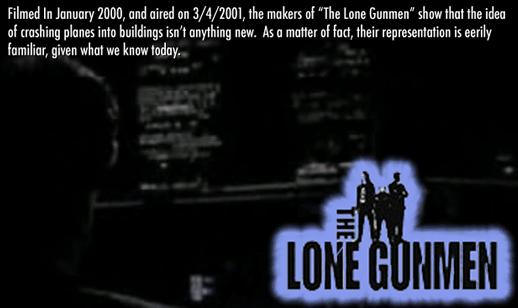