Americans Will No Longer be able to ask Questions about the Past? 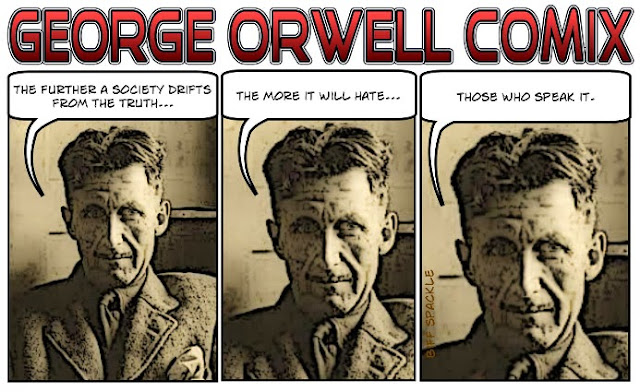 When it comes to the BIGGEST fraud of the 20th Century, Das Holocau$t™ anything is possible. It's illegal in most of Europe--under pain of fines and prison time--to ask questions about WW II, and the HATERS of Truth want the same billy club to use here in the USA.

One resolution, "S.Res. 118: A resolution condemning hate crime and any other form of racism, religious or ethnic bias, discrimination, incitement to violence, or animus targeting a minority in the United States," is mostly about those nasty fuckers hating Das Juden, like making threatening phone calls. (BTW, the US Congress Knesset passed this measure.)

Guess they didn't read that story that an Israeli Jew was behind more than 2,000 of those 'hate' calls, but acknowledging that would put a dent into the Jew's eternal victim status, to be pitied by all non-Jews, then to make up for all that hate by shoveling tons of free money--"to continue to offer Federal assistance that may be available for victims of hate crimes"---to the ones in on the scam of the Israelis making nasty phone calls to the US and elsewhere.

Another one, "S. 662: NO HATE Act" might become law, and all though the law is vague, one guess as to who will be getting all the $$$$ from this shakedown.

But here's where all this nonsense gets troubling, when Senator Feinstein (D-Tel Aviv) chairs a Religious Hate Crimes Committee, attended by Johann Gleenblatt of the ADL--Another Damn Lie.

WASHINGTON (CN) – A Justice Department official defended the agency’s commitment to prosecuting hate crimes Tuesday as the Senate pointed fingers about the surge of religious violence against Jews and Muslims.
Though racially motivated crimes still constitute the majority of hate incidents, new FBI crime statistics show that attacks against Muslims surged by 67 percent in 2015.

“In my view the rise in hate crimes is due, in part, to the perception that people in positions of power are indifferent to what’s happening, don’t prioritize the protection of the rights of all Americans and don’t speak out,” said Feinstein.

Sen. Al Franken, D-Minn., rattled the special counsel by asking if the White House is sending mixed messages about hate crimes. Outlining some of the DOJ’s work against religiously motivated hate crimes, Treene noted that the agency is still investigating the recent spate of bomb threats at Jewish community centers across the country.

Particularly of concern to the ADL is the injection into mainstream American debate of what Greenblatt described as “hate-filled language, memes, stereotyping and scapegoating” through traditional and social media during the election.

Again, no mention of that Israeli Jew who made thousands of these threatening calls, and was only caught AFTER the FBI insisted on busting his operation, since the Israelis knew about the little bastard and did NOTHING


Quick recap:
The Jews began receiving hoax bomb threats in their “Jewish Centers” (which is apparently the same thing as a synagogue) back in January. These continued until earlier this month.
This was connected to ADL and SPLC reports claiming that “hate crimes” were on the rise, due to the candidacy and subsequent election of President Trump.
Also, some cemeteries were vandalized, with no one ever getting caught (one instance was later attributed to the wind).
The media made it a headline story for literally months that a crisis was taking place in America, with white Trump supporters getting ready to begin gassing Jews.
The ADL made all sorts of demands on President Trump, berating and attacking him, claiming he wasn’t doing enough to address the “hate crimes”
The Daily Stormer and David Duke made it clear that we believed that there was almost certainly a Jew behind the attacks. My own reasoning is that you would have to be very smart to make calls untraced for this long, and anyone smart enough to do that would know it would only be good for the Jews. I also reasoned that it confirmed the claims being made by the ADL and the SPLC in a way that was very convenient.
We were attacked by the media and the ADL for this, saying it was despicable that anyone would ever suggest that Jews would hoax hate crimes against themselves.
A black man was arrested for making seven or eight of the calls, and it was determined he was trying to frame his ex-girlfriend as responsible.
Donald Trump, when confronted about the prank calls, asserted that they were probably a false flag.
Donald Trump was attacked by the entire Jewish media and the Jew ADL and SPLC as a pure anti-Semite hater for having dared to suggest that Jews would do a false flag to gain sympathy.
Jews demanded the government give them billions of dollars and create a special taskforce on anti-Semitism.

How many other Israeli terrorists are making those threatening calls from the safety and comfort of Israel to Jew outfits in the USA?

Calling this terrorist 'misguided' is the kind of kid glove treatment one only sees handed out to Jews when they get caught breaking the law. If it had been some Gentile, the DHS, FBI and others would've of swooped in, machine guns ready to blast that uppity GOY to hell and gone.

The (((MSM))) can't even tell the truth about the number of 'prank' calls--as if threatening to blow a place up is consiered a prank--lying about the actual number, whittling it down to only a few hundred, when the actual number was over 2,000.


The teenager is also accused of using the internet to sell access to proprietary or sensitive data, and offered his services to place threats against locations (including police stations, schools, and airports) chosen by anonymous buyers, who paid him in cryptocurrencies, including bitcoin.

The teen hacker did not limit his for-hire activities to simple threat-making, however, as he also dealt in illegal drugs and sold software cracks to create counterfeit documentation — including visas — as well as the means to easily hack social media accounts. Recipes for poison manufacture, explosives and even content containing child pornography were found on hardware attributed to the teen.

His airline bomb threat targets included a flight carrying the Boston Celtics basketball team, and a European flight that saw jet fighters from the French Air Force scrambled as escort.

An extradition request by the United States has been turned down by Israel.

Extradition request by the US turned down by Israel? Why hell yes, they don't want that punk to get nervous and tell the truth about how many of these calls he made, and who helped him, both in Israel and the USA.

So Senator FEINSTEIN and FRANKEL, why not go after the real haters, the Jews pulling these lethal pranks to help keep them enshrined as the world's eternal victim, deserving of OUR money and rights. After all, you're not anti-Semitic, are you? 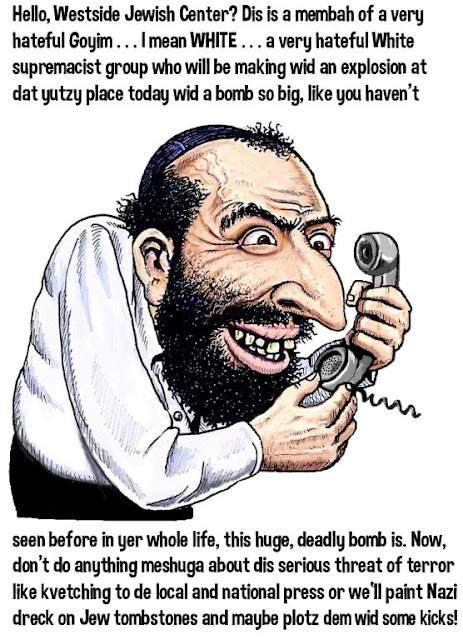