"From now on, there is no more Christianity and no more Islam.." Only Cult Judaism 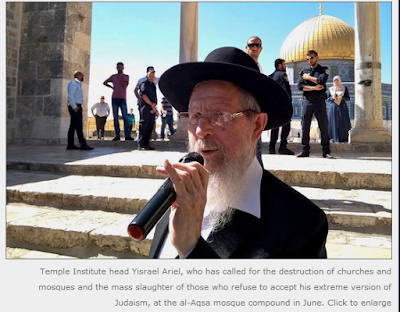 “[God] is the one who commanded us to go from city to city conquering them, and to impose the seven laws [of the Sons of Noah] throughout the world,” Ariel said.

Ariel added that if Muslims and Christians “raise the flag of [surrender] and say, ‘From now on, there is no more Christianity and no more Islam,’ and the mosques and Christian spires come down,” then they would be allowed to live. “If not,” he warned, “you kill all of their males by sword. You leave only the women.”

Certified nut case and religious maniac Yisrael Ariel, the chief rabbi of the Temple movement which wants to destroy al Aqsa Mosque, one of Islam's holiest shrines and replace it with some kind of Cult of Judaism Temple, most likely paid for by American taxpayers, since Israeli's are too caught up in frauds, thefts and lies of their own to manage this by themselves. When there's not enough of us GOYIM around to Fuck Over, the 'Chosen Ones' screw each other. What a lovely race!

Congress passed the Judaic Noahide Laws into reality back in 1991, effectively putting Americans under the boot heel of Talmud Tyrants. But you won't hear about that from the (((MSM))) who keep shouting about how radical Muslims want to install Shariah law.


"Does Your Church/Place of Worship Look Like This, Surrounded by Heavily-Armed Cops, Looking for an Excuse to Bash in Your Skull?" 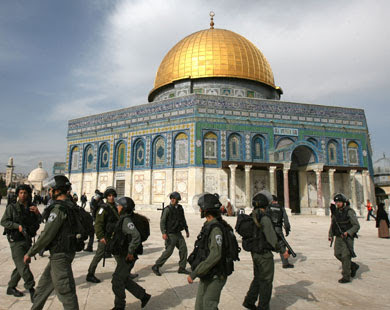 But what value does Israel provide the world? NONE that I can see, except for deluded Christian Zionists and Evangelicals that are on some kind of drug that makes them hallucinate and think that Israelis are actual descendants of the ancient Hebrews, which is a LIE.


Because Today’s Jews (Zionist Israelis) did not descend from the ancient Israelites. DNA science proves that the “Jews” in Israel and around the world are predominantly of Khazar stock. They are mainly a Turkish-Mongol blood mixture, says Dr. Schlomo Sand, a Jew, and distinguished history professor from Tel Aviv University in Israel. 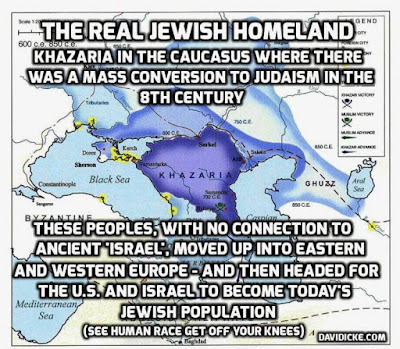 The REAL Israelis were already living in Palestine when they got invaded by a nasty combination of European and Mongol invaders, who called themselves Juden and went on a terror spree against the indigenous Palestinians that continues to this day.

When JC comes back to check on his home, I'm guessing he's going to be pissed when he sees up close what the fake Jews have been doing to his descendants.

This is a 'holy' practice of Das Juden, which roughly translates into humping G-d, which I imagine God isn't going to find very funny.

The Wailing Wall is actually the remains of a Roman fortress called “Fort Antonia” built north of the actual Temple where no protruding rock ever existed but rather was built upon the Gihon Spring.

The rock upon which the Dome of the Rock was built adjoining the Western Wall was actually the centerpiece around which Fort Antonia was built. There’s nothing sacred about this rock or this Wall.

This is attested to by the eyewitness, Jewish historian Josephus, who also wrote in his “Jewish Wars” that the Romans left nothing above or below ground of the Second Temple so that one coming to Jerusalem thereafter would never believe a Temple ever existed.

You see, this so-called ‘Divine Presence’ at the Wailing Wall is actually the Kabbalistic feminine emanation of their false god, the “Shekinah.”