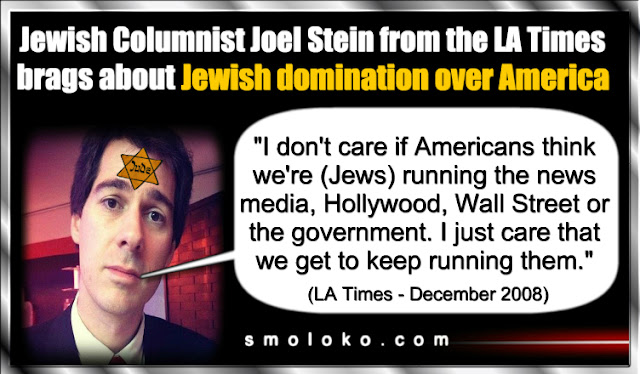 The Israel Anti-Boycott Act would make it a felony for Americans to support the boycott of Israel. According to the ACLU, violators would be subject to massive fines and imprisonment of up to 20 years. The bill was introduced into the Senate back in March by Sen. Ben Cardin, a Maryland Democrat. Since then, it has picked up a whopping 45 co-sponsors, including seven just in the past week, suggesting it has a strong chance of passing the Senate.

Co-sponsors of S.720 (you can find the full text of the bill here ) include both senators from New York, Charles Schumer and Kristen Gillibrand, as well as Marco Rubio, Ted Cruz, Robert Menendez, and Lindsay Graham.

According to a report by Glenn Greenwald and Ryan Grim and published at The Intercept, the bill has been strongly pushed by AIPAC, which would probably account for why so many senators have signed onto it.

(I see the usual TRAITORS stabbing Americans in the back to please their Israeli Master.)

Well, that's pretty straight forward, Israel wants to smash our precious Bill of Rights so they can maintain their Apartheid State of Hate without having to listen to those who protest against the fascist bastards.

Just like they want to smash our Free Speech rights when it comes to even talking about Israel, if you get uppity and dare question Israel's genocide of Palestinians. 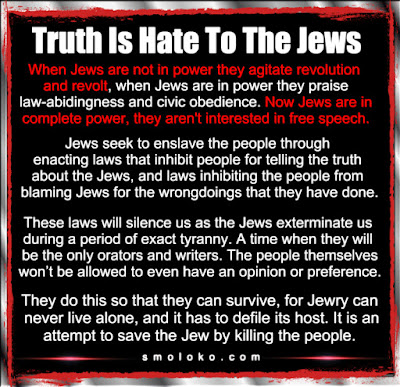 Americans are living inside a Jewish matrix of lies.

The Holocaust myth must be constantly maintained for the Jews to play victims when in fact they are pulling all the levers and making all the wars happen.

The American Freedom myth must be constantly maintained for the Jews to rule, Americans must believe they are free or they might revolt by not voting for the two Jewish controlled parties.

The Federal Reserve myth must be constantly maintained for the Jews to rule, Americans must believe they are using national money, not Jew bank money.

The World War 2 myths must be constantly maintained for the Jews to rule, Americans must believe they sacrificed for the good war and defeated those ‘evil Nazis’.

The Hitler is the most evil man myth must be constantly maintained for the Jews to rule, Americans are never to know that Hitler was one of the few people who had the Jews nailed and was removing them from political power.

The American Exceptionalism myths must be constantly maintained for the Jews to bomb everyone else, when America bombs you, well you must really deserve it.

A comment left at this video says it all:

PJ Walker
Israel is a giant bloodsucking parasite clinging to the neck of America. It has injected a toxin to paralyze the host so that it can go on feeding until it finally collapses into decay and death.

Fuck Israel and the American-Israelite bloodsuckers.﻿

If Israel's Fifth Columnists in the (((MSM))) and their slimy partners in DC think tanks succeed in impeaching Trump, we'll get the Christian Zionist war monger Pence, who would gladly jump back on Syria, move the US Embassy to Jerusalem and start attacking Iran.

All for the glory of Apartheid Israel. Wars which will be fought by American troops and paid for by American taxpayers. If Iran is attacked, you'll see gasoline jump to $10-15 a gallon, due to the sunken ships in the Persian Gulf, but Israel won't have that problem, as Israel gets first dibs on OUR oil in the nation's Strategic Petroleum Reserve, sitting in Louisiana salt mines, designated for emergencies.

You read that correctly, when the shooting starts in Iran, and an oil tanker or two gets sunk in the Persian Gulf, you'll be wondering how you're going to afford gasoline, but Israel will be sitting pretty, getting OUR oil and the oil pilfered from the stolen Golan Heights.

NEVER FORGET the SIX TRILLION! The SIX TRILLION DOLLARS we'll spend fighting these stupid, illegal wars for the parasite Israel in the ME.