Israel Threatens to use its ISIS Thugs 2 Attack New York 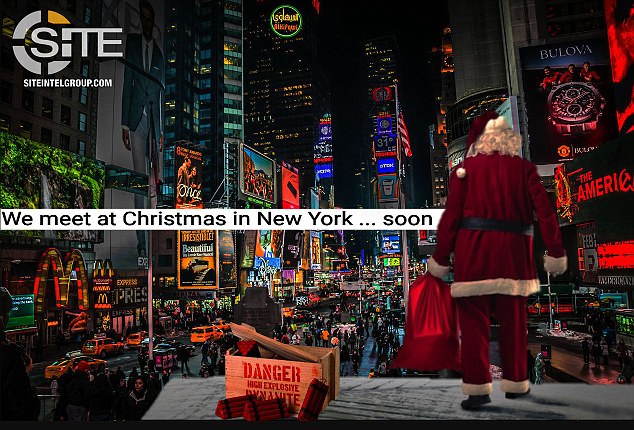 Guess this is to be expected, since Israel is thoroughly PO that their ISIS buddies got their sorry asses kicked in Syria, thanks to Russia, Iran and the brave men of Hezbollah. They won't let go of their Yinon Project to steal more ME land and water, so now they revert to one of their favorites, carrying out terror attacks against civilians in the hope they'll fall for the False Flag and demand more wars for the glory of Apartheid Israel.

'We meet at Christmas in New York...soon': ISIS post chilling image of a man dressed as Santa standing next to a box of dynamite in Times Square

Brought to the GOYIM by MOSSAD asset Rita Katz, the asshole who managed to find all those al CIA Duh and ISIS head chopping videos even before the terrorists knew they existed. 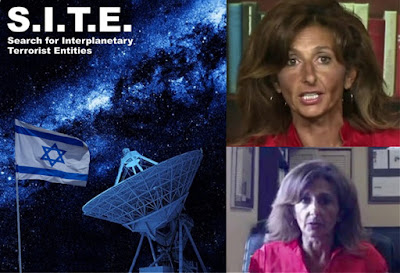 Rita Katz is the director of SITE Intelligence, primary source for intelligence used by news services, Homeland Security, the FBI and CIA. What is her qualification? She served in the Israeli Defense Forces.


She has a college degree and most investigative journalists believe the Mossad “Helps” her with her information. We find no evidence of any qualification whatsoever of any kind. A bartender has blackberries intelligence gathering experience.

Nobody verifies her claims. When SITE says Al Qaeda did it, it hits the papers. SITE says Israel did not do it, That hits the papers too. What does SITE really do? They check the internet for “information,” almost invariably That Israel wants information reported and it is sold as news, seen on American TV, reported in our papers and passed around the Internet Almost as though it Were actually true. Amazing.


Rita Katz and S.I.T.E. to release yet ANOTHER "aL-Qaeda" tape

Yes, despite a massive manhunt by the world's intelligence agencies, BL seems to evade their combined efforts, staying on the run. But he still has time to drop into his recording studio and cook up a fresh tape for the likes of Rita Katz and her outfit called S.I.T.E. SITE is staffed by TWO people, Katz and a Josh Devon.

Yet these two individuals manage to do what the ENTIRE combined assets of the world's Western intelligence can't: Be the first to obtain fresh video and audio tapes from aL-Qaeda with Bin Laden making threats and issuing various other comments.
If BL appears a bit "stiff" in the latest release, that's because he is real stiff, as in dead, as this January 2006 article from one of the world's leading Zionists, Michael Ledeen shows [Except that page has been dropped down the Memory Hole, which is what the truth about the Zionists and Israel usually goes]

And, according to Iranians I trust, Osama bin Laden finally departed this world in mid-December. The al Qaeda leader died of kidney failure and was buried in Iran, where he had spent most of his time since the destruction of al Qaeda in Afghanistan.

How is it that a Jewish owned group like S.I.T.E. can outperform the world's best and brightest in the intelligence field and be the first to know that a group like al-Qaeda is getting ready to release another tape?

How is it possible that Rita Katz and S.I.T.E. can work this magic? Maybe looking at Katz's background will help:

Rita Katz is Director and co-founder of the SITE Institue. Born in Iraq, her father was tried and executed as an Israeli spy, whereupon her family moved to Israel [the move has been described as both an escape and an emmigration in different sources]. She received a degree from the Middle Eastern Studies program at Tel Aviv University, and is fluent in Hebrew and Arabic. She emigrated to the US in 1997.

Katz was called as a witness in the trial, but the government didn't claim she was a terrorism expert. During the trial it was discovered that Katz herself had worked in violation of her visa agreement when she first arrived in America in 1997. She also admitted to receiving more than $130,000 for her work as an FBI consultant on the case.

So if ISIS does attack New York or Paris or London, you'll know it was the same sorry bastards that attacked the USS Liberty in an attempt to get the USA involved in the Israeli SIX day war of aggression; the same pathetic SOB's who attacked the USS Cole in October 2000, to make sure that their thugs, Bush and Cheney, were in the WH when Israel would set off the BIGGEST False Flag in history, 9/11, so that the USA and the West would fight endless wars for the glory of Apartheid Israel, all the while blaming the attacks and mayhem on the Muslims.