The 25 Jew Neocons Who Got Us Into the Iraq War 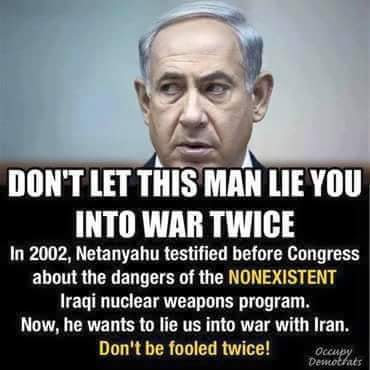 "Hear and OBEY, GOYIM slaves. If your lard-ass prez won't attack Iran, we'll do a False Flag on some US ship or facility and have our (((MSM))) blame it on Iran. No proof needed, just a lot of hysterical shrieking and demands for revenge."

Who got us into the Iraq War?

A List of prominent Jewish Neocons and their role in getting the U.S. into Iraq and Homeland Security

Everything shown below has been taken word for word from the respective website cited (primarily Wikipedia).

“American political advisor and lobbyist who worked for the Reagan administration as an assistant Secretary of Defense and worked on the Defense Policy Board Advisory Committee from 1987 to 2004. He was Chairman of the Board from 2001 to 2003 under the Bush Administration.”

“He is a member of several conservative think-tanks, such as Project for the New American Century (PNAC), the Hudson Institute, and (as a resident fellow) the American Enterprise Institute for Public Policy Research. He is also a Patron of the Henry Jackson Society. “

“Perle has written extensively on a number of issues; his cited research interests including defense, national security, and the Middle East. Perle had long been an advocate of regime change in Iraq. He also linked Saddam to Osama Bin Laden just a few days after 9/11”

“Perle chaired a study group that included Douglas Feith and David Wurmser that produced a strategy paper for the incoming Likud Israeli Prime Minister Benjamin Netanyahu: “A Clean Break: A New Strategy for Securing the Realm””

“In a New York Times article Perle was criticized for recommending that the Army purchase an armaments system from an Israeli company that a year earlier had paid him $50,000 in consulting fees.”

“As U.S. Deputy Secretary of Defense during the Presidency of George W. Bush, he was “a major architect of President Bush’s Iraq policy and, within the Administration, its most passionate and compelling advocate” (Boyer 1)”

“Douglas Feith is a former Pentagon official closely associated with the neoconservative political faction who has been investigated for allegedly distorting prewar intelligence on Iraq. Feith served as the deputy undersecretary of defense for policy, the number three position at the Pentagon, from July 2001 to August 2005.”

“Feith has been questioned by the FBI in relation to the passing by one of his employees of confidential Pentagon documents to the American Israel Public Affairs Committee (AIPAC), which in turn passed them to the Israeli Embassy. The Senate Intelligence Committee is also investigating Feith.”

“There seems little doubt that he operated in the Pentagon in such a way as to produce false and misleading ‘intelligence,’ that he created an entirely false impression of Iraqi weapons capabilities and ties to al-Qaida, and that he is among the chief facilitators of the U.S. war in Iraq. Feith is clearly resigning ahead of the possible breaking of major scandals concerning his tenure at the Department of Defense, which is among the more disgraceful cases of the misleading of the American people in American history.”

“Although Feith was not formally charged in connection to his work at the Pentagon, his work has been repeatedly investigated, and official reports have linked him to efforts to push faulty evidence to justify the war. One investigation, by the Department of Defense’s inspector general (IG), was set up to assess whether the Office of Special Plans (OSP), a specialized outfit set up by Feith within the Pentagon to scrutinize intelligence on Iraq, deliberately skewed information about the regime of Saddam Hussein (New York Times, May 25, 2006).”

“Feith also served on the board of the Jewish Institute for National Security Affairs (JINSA), a think tank that promotes a military and strategic alliance between the United States and Israel.”

“Feith favors US support for Israel and has promoted US-Israeli cooperation. He also favors stronger US-Turkish cooperation, and increased military ties between Turkey and Israel. Both Feith and his father have been honored by the Zionist Organization of America (ZOA), a conservative organization that often makes common cause on foreign policy issues with conservative Christian organizations.”

“His father, Dalck, was a member of the Betar, a Revisionist Zionist youth organization” 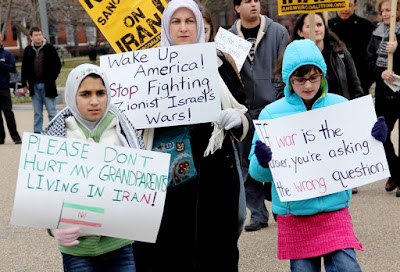 “Ledeen was a founding member of the Jewish Institute for National Security Affairs and he served on the JINSA Board of Advisors. In 2003, the Washington Post alleged that he was consulted by Karl Rove, George W. Bush’s closest advisor, as his main international affairs adviser.”

“Michael Ledeen had been accused of being involved in the forgery which claimed that Saddam Hussein had bought yellowcake in Niger.”

“Writing in The Nation, a left-wing magazine, Jack Huberman, who describes Ledeen as “the most influential and unabashed warmonger of our time”, attributes these quotes to Ledeen:

* “the level of casualties (in Iraq) is secondary”

* “we are a warlike people (Americans)…we love war”

* “Change – above all violent change – is the essence of human history”

* “the only way to achieve peace is through total war”

* “Every ten years or so, the United States needs to pick up some small crappy little country and throw it against the wall, just to show the world we mean business”

“Libby was active in the Defense Policy Board Advisory Committee of the Pentagon when it was chaired by Richard Perle during the early years of the George W. Bush administration (2001-2003).”

“British Secretary of State for Justice Jack Straw said of Libby: “It’s a toss-up whether [he] is working for the Israelis or the Americans on any given day.”

That's enough Jew shitheads for one blog, go to the link above to read about the rest of the Zionazi scum that float around DC like ripe turds in a toilet bowl. 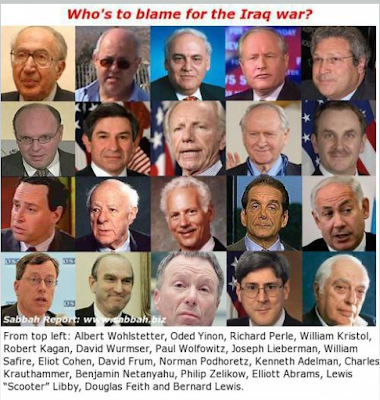