“There are some ideas so absurd that only an intellectual could believe them.” George Orwell 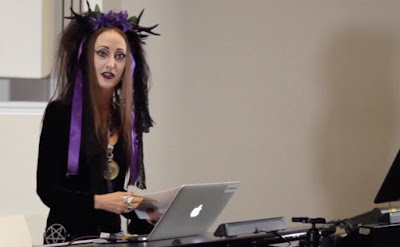 Why even bother to send your kid(s) to college these days? It's a waste of their time and your money and a good case could be made that it's a form of child abuse to subject their minds to this kind of insanity.

The book argues that due to the damage done to other living creatures on Earth, we should start gradually phasing out reproduction. But rather than offering a bleak look at the future of humanity, it has generated discussion due to its joyful and optimistic tone, as it sets out a positive view for the future of Earth - without mankind...

“The basic premise of the book is that we’re in the age of the Anthropocene, humanity has caused mass problems and one of them is creating this hierarchal world where white, male, heterosexual and able-bodied people are succeeding, and people of different races, genders, sexualities and those with disabilities are struggling to get that...

“The book also argues that we need to dismantle religion, and other overriding powers like the church of capitalism or the cult of self, as it makes people act upon enforced rules rather than respond thoughtfully to the situations in front of them.”

Hon, since you're so enthusiastic about whacking humanity, I suggest you show how devoted you are to your nuttiness by jumping off a 10 story building. That would be one "cult of self" that would no longer bedevil humanity.

Why does the cynic in me think that if all white males are wiped out, this loony will have a change of whatever pumps the cold blood in her body and declare humanity healed, no more mass murder necessary? 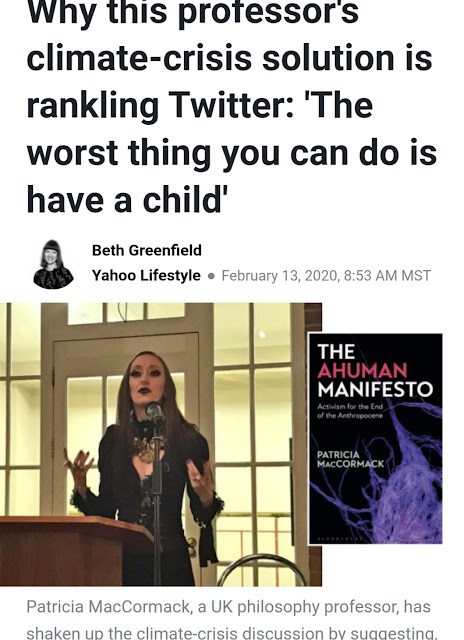 ‘Toward a Philosophy of Demonology: Continental Philosophy and the Occult’. Treadwell’s public lecture. London. April 2011. Sold out.

‘Horrorality’. Guest Speaker at Seminar Series. Women’s Studies Department. University College Dublin. This one day conference was dedicated to and includes papers and panels based on my published work. March 2006.

Well that does it for me. How could anyone argue with someone who's spent many an hour watching horror films? Gosh, that's certainly one way to uh, something or the other.

Everybody knows that students need a good dose of how to have sex with a corpse to get by in life.

Here's the professor teaching how to perform magick and sorcery! WTF ever happened to actually teaching solid subjects that will help the student become a functional human being? I thought Cambridge was one of the most prestigious university's in the world. Boy was I ever wrong.

This creature babbles on about "vulvic deamonitalia," which is probably what it sounds like. The EAGLES "Witchy Woman" has nothing on this thing.

If Bullshit was gold, the professor who has a PhD in nuttiness would be richer than Jeff Bezos. Here's an abstract from one of her publications. See if you can wade thru the BS and figure out what she's trying to say.


While feminism has grappled with the disassembling of the majoritarian phallologocentric subject, posthuman and transhuman theory have shown a problematic acceleration of certain tropes associated with historically dominant subjects, rather than offer material and ethical alternatives, using fetishisation and assimilation of alterity to further their phantasies of immortality rather than authentically challenge configurations of life. However there are ways in which an ethics of posthuman sexuality coming from a feminist history can be both accountable and avoid the perils of superficial posthumanism via certain instances of desire. This chapter will explore the trajectory of posthuman desire implemented through Continental Philosophy and end with a variety of configurations of desire beyond humanism, but also beyond the phallologically driven biotech fetishism of some posthumanism. The posthuman shows we can no longer be trustworthy of studies of the human, of humanism or even of the..