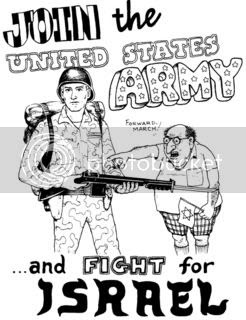 The actual site name is Jihadology.net, and take a guess who runs this war mongering site?
A ‘Tribe’ member by the name of Aaron Zelin, who also creates slick propaganda for another Zionist war mongering outfit, the Washington Institute for Near East Policy, which constantly agitates for more ME and African wars, with the USA taking the lead as the chief butcher while Israel cheerleads from the sidelines.

All of this grief and misery being sown in the ME and Africa is only benefiting one SLC, who would love to see Muslims and Christians fight to the death for decades to come, until they both collapse from exhaustion.

Then the Judiac psychos of Israel could swoop in and take over, spreading their malignant philosophy over the planet and turning what was left of the GOYIM into slaves.

Americans are basically slaves to the Zionist money masters now, they just don’t realize it, since their heads are filled with slop, like lurid tales of Royal nudity and an endless barrage of reality shows that are guaranteed to wipe out a brain’s ability to think.

Americans need to take back their nation NOW, while there is still time left and still bits and pieces of this nation left to put back together…. That, or resign ourselves to being cannon fodder for the likes of Israeli CRIME MINISTER Betty Nuttyahoo.

BOO! the Zionist BOOGIEMAN is Back!