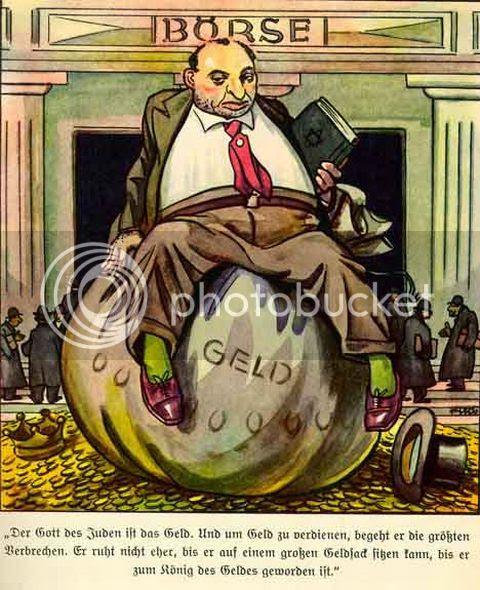 The Jew's real G-d is Mammon, worshiping at the feet of God's made out of gold since time began.

They love not only wealth, but the power that it brings, as evidenced by the ransacking of Main Street, USA by Jew owned Wall Street banks. And the damn near absolute control of our corrupt Congress which never tires of sending off our young to fight wars for Israel against 'enemies' that didn't exist until Israel came into existence.

And their control of the MSM, which never misses a chance to war monger for 'Eretz Israel.'

Going back 800 years, to the signing of the ground-breaking English "Magna Carta" we can see first-hand that Jews were such a problem back then that laws had to be written to keep their grubby fingers off a family who had seen their father/husband die while still in debt to 'Das Juden.'

Across the English-speaking judicial world no single document is probably more venerated than the Great Charter. The Founding Fathers embedded it into the 1791 Bill of Rights in the shape of the Fifth Amendment that says no-one “can be deprived of life, liberty or property without due process of law”. And today it is regularly cited in newspaper editorials, political debates and Supreme Court judgments.

Why have clauses 10 and 11 been airbrushed from history? These were the ones inserted in the original charter to protect widows and underage heirs specifically from Jewish moneylenders by restricting the recovery of debt out of the deceased debtor’s estate.

But they are nowhere to be found in the official Magna Carta Trust website nor the US National Archive website which instead features the text of the later — and much shorter — 1297 version. The two clauses in the original 1215 Great Charter are:


10. If one who has borrowed from the Jews any sum, great or small, die before that loan be repaid, the debt shall not bear interest while the heir is under age, of whomsoever he may hold; and if the debt fall into our hands, we will not take anything except the principal sum contained in the bond.

11. And if anyone die indebted to the Jews, his wife shall have her dower and pay nothing of that debt; and if any children of the deceased are left under age, necessaries shall be provided for them in keeping with the holding of the deceased; and out of the residue the debt shall be paid, reserving, however, service due to feudal lords; in like manner let it be done touching debts due to others than Jews.

So what relevance has any of this for today? In the narrowest of senses, very little because practically nothing from the Great Charter is still on the statute books in Britain today.

But more broadly it does shine a light into our medieval history and specifically the role played by the Jews in medieval England. In recent years there has been a concerted attempt to depict Jews as a peaceful open community pursuing a wide variety of occupations.

But as Andrew Joyce has so brilliantly shown in the Occidental Observer this is no more than a fiction concocted to hide the less salubrious truth. For the Jews of medieval England were occupied entirely as moneylenders and enjoyed great privileges and the special protection of the King. Not only were they exempt from the usury ban on Christians, they were able to move about the country without paying tolls and special weight was attributed to a Jew’s oath, which was valid against that of 12 Christians.

But the protection of the King depended purely on their revenue-raising abilities. It has been said that just as the Jews could soak the wealth from a land the King could squeeze it from them. The money raising powers of the Jews were an important element on his side in the struggle between Crown, barons, and municipalities which makes up the constitutional history of England. But as could be expected this earned them the hatred of the general population and this often found violent expression. The Jews were seen as very much the King’s creatures and to take against the moneylenders was to take against the King.

In fact much popular anger remained against Jewish extortionate financial practices—so much so that when King Edward returned from the Crusades in 1274 he discovered so much land dispossession that he decided to take action with the Statute of Jewry. This outlawed usury altogether and tried to entice Jews into the community by granting them a licence to farm. They were also encouraged to make a living as merchants, farmers, craftsmen or soldiers.

Unfortunately when the 15-year trial period had elapsed, it was discovered that the Jews had covertly continued their moneylending and other sharp practices such as coin-clipping. In 1290, King Edward I issued an edict expelling all Jews from England. The expulsion edict remained in force for the rest of the Middle Ages, the culmination of over 200 years of conflict on the matters of usury.

Whether it's 1215 or 2015, the Jew still has a vice-like grip on the Western world, slowly strangling Gentiles thru their control of their fiat money scheme, which funnels hundreds and hundreds of billions each year to the Jew families that own the Fed and own the contemptible DC lawmakers.

Until the USA breaks up the Federal Reserve and send in armies of forensic accountants and heavily-armed US Marshals to 'claw back' our stolen wealth, shutting down those Wall Street casinos in the process, we won't be free nor will our economy recover.

Background to the Magna Carta