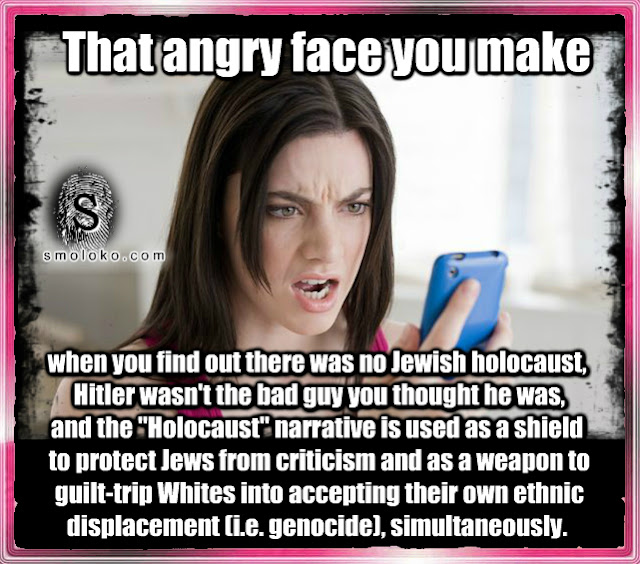 "Mein Gott in Himmel!" These stories will bring tears to your eyes or you're a heartless bastard. Either way, you GOY cattle need to cough up another hundred billion or so to help relieve the endless trauma these holocaust nightmares induce into G-d's Chosen Ones..... and their kids.... and their grandkids. No word if their pets are suffering from holoHOAX trauma!

*My grandparents, uncles and aunts, and parents were in the camps. Out of 137 relatives only six survived. My Aunt Niomi was a sex slave at Auschwitz and to this day she 'Saddle Syndrome' or acute bow legged-ness. My uncles Jakob and Bernie had blue dye injected in their eyes, and were sewn together by Mengele.

*I personally was hung on a flagpole by my penis for two years. The only thing I could eat was bird feces. I could hear the cruel nazi guards laughing at me and shoving kelbasa sausages up my rectum. Hitler himself came to laugh at me before the camp was liberated by righteous jews.

*"I was imprisoned on the 86th floor of the notorious WTC death camp and on September 11, an airliner driven by crazed Nazi jihadists..."what's that?... oops, can I get back to you?"

*“I heard harrowing stories of these latrines of Birkenau, of how the children hid for hours in the foulness, to escape gassing, how love went on in these places and sexes mated in the dung under the threat of instantaneous death when discovered; how business thrived and gossip thrilled in these latrines.(Copulating in piles of human shit, this story is alleged to be true.)

*Nine yr old Moishe Peer is arrested, and sent to Bergen-Belsen, with his family. His mother is gassed and died, but Moshe was gassed six times, and lived. Each time he survived, he watched with horror as many of the women and children gassed with him. collapsed and died. To this day, Peer doesn't know how he was able to survive. "Maybe children resist better, I don't know," he said in an interview last week. Somehow his father and all his siblings survived the alleged "Nazi extermination plan" and joined him after the war.(Oops! According to main stream official historians, Bergen Belsen had NO gas chambers and was not an extermination camp. However, little Moshe was gassed six times and survived. His mother was gassed as well and died....I'm getting 'gas' just reading this bunk. Think I'll let it loose in my own GASSEM Chamber, the toilet!)

*I escaped from 17 Nazi Death Camps, hiding in the woods, trying to get to freedom, then get caught again and tossed back into another death camp. Then I'd escape again! After one escape, I found a tough band of other Jews who had also escaped. We stayed hidden in the woods until hunger got to us. We broke some branches off trees and attacked a 20 man strong German patrol. Even though they shot thousands of bullets at us with their sub-machine guns, G-d was with us that day and caused the bullets to evaporate. We killed all 20, then ate their rations and finally escaped to the Allied lines. 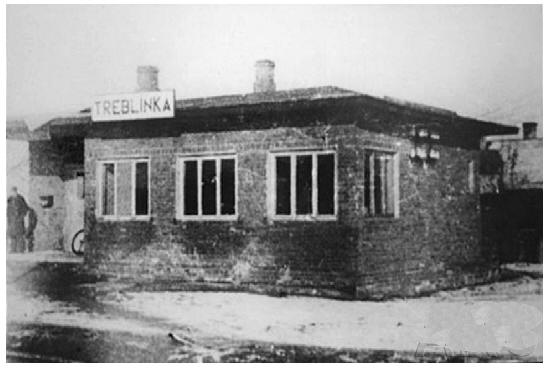 *I arrived at Treblinka and along with others, went into two buildings where they undressed us, cut off our hair and Sonderkommados would pull our gold teeth out. Next guards with whips and dogs chased us down a path and into the killing area where 10 gas chambers awaited. Women had their breasts ripped off. A diesel engine from a from a submarine pumped it's exhaust into the death chambers. But I survived this hell and am telling my tale to school children in the USA, which gives me something to do while waiting for the monthly holocaust reparations checks! (Actual testimony!)

Whew, I need a break from reading all that tragedy. I cried so much that the rubies I was hiding in my pupils popped out and I had to poke them back in, so the tax man won't find them!


Now the winner of the Biggest Holocau$t™ LIE

''In the camp [Buchenwald] there was a cage with a bear and an eagle,'' he said. ''Every day, they would throw a Jew in there. The bear would tear him apart and the eagle would pick at his bones.'' ''But that's unbelievable,'' whispered a visitor. ''It is unbelievable,'' said Mr. Hubert, ''but it happened.''

Jesus Christ, that wild story is so ludicrous, it's bordering on the Stupid. Or maybe not, it might be subtle metaphorical propaganda. Maybe the 'bear' represents Russia and the 'eagle' the USA?

You GOY cattle should only concern yourself with coughing up another 6 billion, no, let's make that 60 billion dollars, uhh, how about 666 billion dollars to give to holocaust survivors while they're still alive. NOW GOYIM slave!!!

After the current crop of holoHOAXERS pass to the Great Beyond, then we'll talk about increasing the monetary compensation for their children, so start scrimping and saving, Gentile dogs!

Did I mention that my grandchildren are starting to get nightmares about my holocaust experience?


Each day, Nana was forced to strip naked so ze Nazis could paddle her bare behind, those monsters! She even drew a picture of this horror! 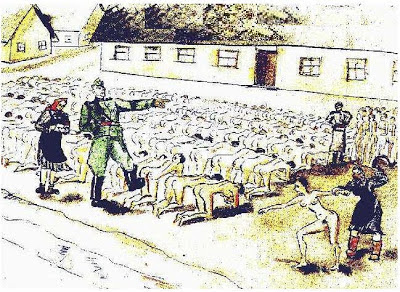 Boo fucking hoo. Who gives a shit about Holocau$t™ fantasies and Tall Tales? Das Juden, that's who. They need to keep the Big Lie going forever or risk not only losing the world's biggest HOAX of the 20th Century, but all that free money and most importantly that SLC nation that was built with the blood and bones of murdered Palestinians.

Just don't search 'Amazon' for the "Hoax of the 2oth Century," by Arthur Butz, since Amazon has declared that book VERBOTEN and no longer carry it. 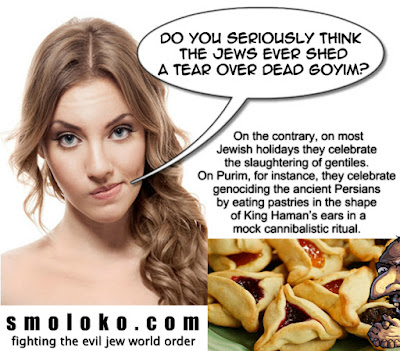