Is it EMF Waves of Cultural Marxists that Have Polluted a Whole Generation of Americans?

Polluted in the sense that many of the so-called Millennial's I meet in businesses seem to be in some kind of zombified daze, wandering around as if in some kind of spell. Since it's not marijuana--no blood-shot eyes--doing this, what is?


EMF (electromagnetic field) waves have been shown to have an negative impact on one's brain, and the younger, the more harmful this impact is.

Children absorb a greater amount of microwave radiation than adults do: Fetuses are even more vulnerable than children: Adolescent girls and women should not place cell phones in their bras or hijabs: Cell phone manual warnings are clear overexposure problems exist: Government warnings have been issued but most of the public is unaware: Current exposure limits are outdated and need revision: Wireless devices are radio transmitters and not toys. Their sales should be monitored more closely.

So there is definitely some harm that has been visited upon children--and adults--especially from having that smart phone glued to your skull for hours on end, which one sees while walking about public spaces. 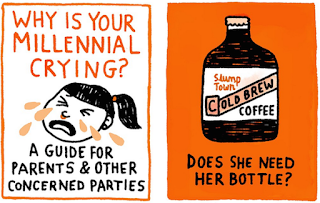 Or is it the Cultural Marxists (or Communists. Two smelly turds in the same pile of shit) that have invaded our schools, especially high schools and colleges, and warping minds with their mind-numbing dreck about Multiculturalism, or how "Diversity is our Strength." (If the Incans hadn't been wiped out by Spanish diversity, you could ask them what they thought of being diversified out of existence. Or the Native Americans, scattered here and there over North America on shitty reservations on land no one wanted. Or do some historical research and see what happened to the Byzantine Empire when their birth rates began to fall and they opened their borders to a million immigrants.)

These Cultural Marxists have been pumping verbal poison into many a young mind, about what they call the glorious Communist revolution that will bring about a 'Worker's Paradise,' whereby they control the means of production and the world suddenly turns into a Heaven on Earth...after they weed out a few billion with a bullet to the back of the head and a few billion more shipped off to slave labor camps...forever.

They tried to instigate a violent revolution last year in the USA, but were only partially successful in the cities controlled by Jew mayors. Huh, imagine my shock. 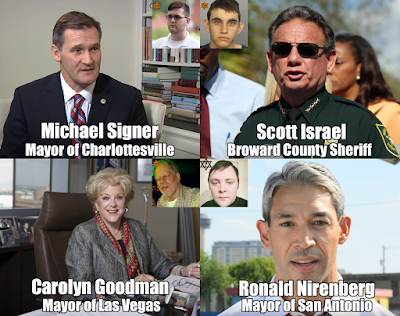 Instead of teaching the much needed STEM courses or even basic math, they also clog minds with the biggest fraud of the 20 Century, the Holocau$t™ poison--mandatory in some states--they've been dumping into young, fertile minds, who then think when they leave high school or even worse, when they graduate with that Liberal Arts degree in Art History or Gender Studies, expecting to get a starting job paying 75K a year, with a generous expense account and very little actual work, they find out their only qualified to work stacking product at Wal Mart of moving around items in some Amazon hell-hole warehouse, that pays $22,500 a year. 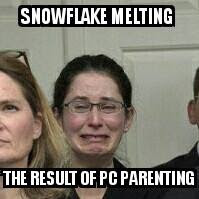 So maybe that's why I'm meeting so many zombified young people, who are in shock and awe at how rough life can be, that starting pay for their college degree is pathetic and that some bosses can be serious assholes. When reality hits them in the face, they freak out and withdraw into themselves, only letting enough energy to barely function to be used.

After all, when they get home, there's a whole world of EMF games to play on that smart phone.
Posted by Greg Bacon at 1:04 PM